Spring is traditionally a time of hope and renewal. As Tolstoy put it, ‘Spring is the time of plans and projects.’ (Can’t believe you quoted Tolstoy, Ed.) Yet somehow this spring 2018 doesn’t feel quite so positive. Some put the blame at the door of Brexit, the chaos in the White House and that Bowie is still dead. But whatever the causes, if the mood of the nation can be measured, there’s no better way than by the performance of the high street. When people are spending, it’s a sign of happiness. 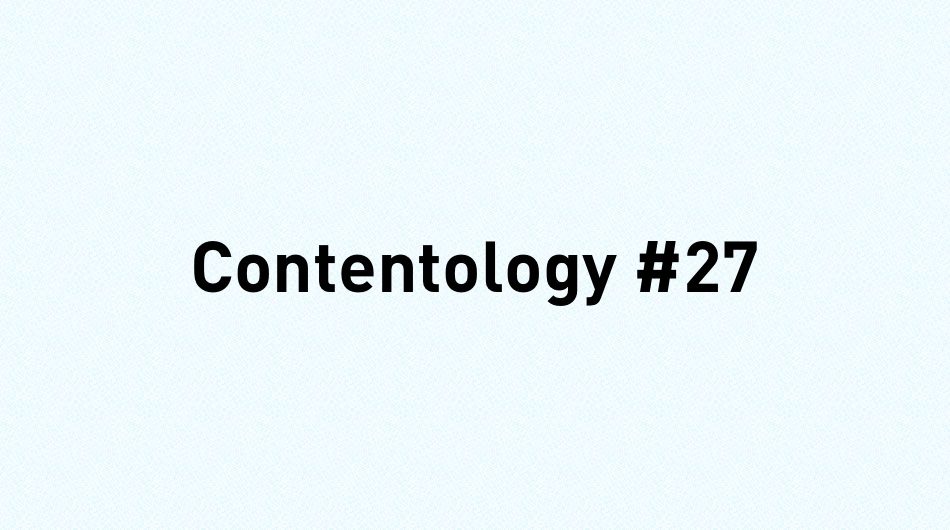 By this barometer we are ‘fair’ to ‘a bit cheesed off’.  In this month’s Contentology we examine what might be happening and how retailers need to adapt.

Over the last few months, we have had profit warnings, shop closures and brand deaths. New Look is set to close 60 stores, with nearly 1,000 jobs at risk. The John Lewis Partnership reported a 77% drop in profits in 2017, Moss Bross cited ‘extremely challenging’ retail conditions partly to explain their 6% drop in profits, while everyone’s favourite waste of time, Toys R Us, closed its doors. These are by no means all and certainly not the last retail headlines you’ll read this year. Photo by Christian Fregnan on Unsplash

So what is happening? Yes, consumer confidence is not particularly high, but it’s certainly not end-of-the-world stuff – not yet.  There are so many reasons at work, but for the sake of brevity, here are three important ones.

Faced with this trio of critical issues, what is an award-winning content innovation agency to do? Well, we’re not in a position to break the franchise model or crush Amazon, but we have a few suggestions for how retailers might remain competitive.

How do you digitise a brand that’s been around for 300 years? With a great content strategy, of course – doh!

Fortnum & Mason wanted to stay true to their values and more traditional customer base while driving sales and endorsements. They began with FB and moved on to develop a full complement of social media channels and associated content, including Instagram, Pinterest and Chinese social network, Weibo. Video has formed a strong part of their content with a dedicated YouTube channel and specific video content for Facebook. Their online reach now exceeds 11 million and their online launch saw nearly 40,000 referrals to their website from social media. Yes, it’s a piece of design, but since everything is now ‘content’ and it’s a really nice idea, we felt compelled to share it with you. Have you been to Shrewsbury? It’s a small and quaint town with hobnailed boots and Tudor beams. But without the draw of a major landmark, the community needed something tangible to engage tourists. Pulling together its Tudor heritage and the charming individuality of its sights, eats, and events, a customisable slogan was developed: ‘A Shrewsbury One-Off Since _______’, which could be applied to everything from brownies to bike shops.

Shrewsbury, you can check out any time you like but you can never leave…

The MissAdventure series, starring actor Anna Kendrick, is just one example of content marketing that fashion and accessories brand Kate Spade has pulled off.

Although you might assume that the videos are extended commercials for the brand, they’re not. Little mention is made of Kate Spade (though Kendrick does wear the brand’s clothes and carry its bags). Instead, the focus is on the trials and travails of Kendrick as she goes about her day. The launch of series 2 for MissAdventure, created a sense that their goal was to be less like a fashion commercial and more like a TV series. To do that, it had video promotions on Hulu and a print ad in the NY Times.