How I Did It: Hannah Kettle

For as long as I can remember, I’ve always wanted to work in magazines; I just didn’t know in what capacity. Throughout my teenage years, I hoarded stacks of them in my bedroom, and at the age 17 I had an epiphany – I wanted to be a magazine designer. I come from more of an academic background than an artistic one, so I had to figure out pretty much for myself how to get onto my chosen path – and university degree choices were looming. As I hadn’t even done art GCSE, let alone A-level at that stage, I spent every spare minute sketching, painting and taking photographs, until I had something resembling a portfolio to take to interviews. Much to my surprise, I was accepted onto the foundation diploma at the London College of Communication. I went onto gain a first-class honours degree in graphic design at the London Metropolitan University, and spent every summer doing internships, at companies such as Estée Lauder and magazines such as Mixmag.

Three months after I graduated, I landed my first job as a junior designer at Love It! magazine. As a weekly, the fast-paced environment gave me a brilliant start to my career, and after six months I was promoted to designer. I found myself doing everything from assisting on a photoshoot with Jason Derulo to laying out fashion and beauty features. I loved it.

After a few months, I moved to The River Group as a freelance designer on the A.S. Watson account. I started as a digital designer, working on Superdrug’s blogs and digital magazine (adding another string to my bow), and eventually I got involved in designing for the print magazine too. After a year, my art editor encouraged me to interview for her position as she was moving on. I was successful. It was such an amazing feeling – I never thought at the age of 26 I would be art editor on such a huge account!

Fast forward three years, and I was promoted to group art editor looking after all the creative across the A.S. Watson account. One day I’ll be designing a logo for the Scents blog, and the next I’m art directing a photoshoot with Love Island’s Montana. No two days are the same here, and I’m lucky enough to work with an amazing bunch of people. As my colleague Mollie says, ‘We have fun and we nail it!’ 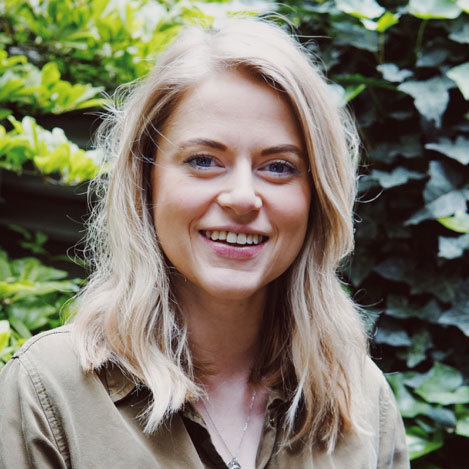