How I did it – Matt Ford

River’s Associate Creative Director tells us how, after years of working in consumer magazines, it was the need for a new challenge that led him to The River Group’s doors. 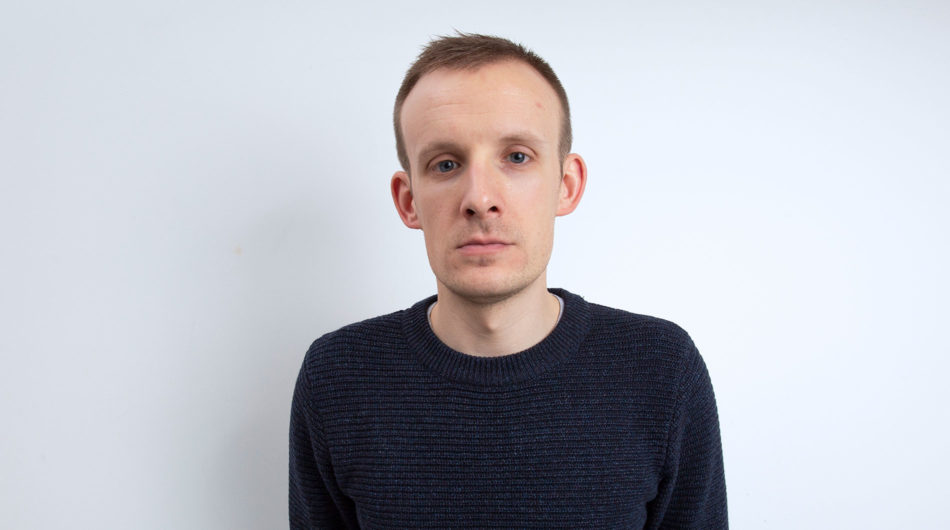 I feel I was lucky because I had a very clear idea of what I wanted to do from an early age, and that was graphic design. My initial interest was sparked by the cover artwork on records I came across at home, and soon I was slightly obsessed by graphic artists like Peter Saville, Barney Bubbles and Storm Thorgerson. Nevertheless, at that point in time the market for vinyl records had long since passed, so I needed a realistic goal.

It wasn’t a huge leap to look to magazines, as publications like Ray Gun and The Face were in many ways their successors as pop culture icons. With this in mind, I set off in search of the qualifications I would need, seeking out the one college I could find that offered a standalone graphic design A level, followed by a foundation diploma, and finally a degree at the University for the Creative Arts.

At this point, I had my second piece of good fortune, as I was lucky enough to be offered my first full-time job off the back of my final degree show. The job was at a now defunct music magazine based in Whitechapel, and it was in at the deep end, as the art department consisted of only me! Inevitably, there were hiccups along the way. The first job I did for them was sent to press in RGB [the colour scheme associated with electronic display screens]. None of my lecturers had ever thought to explain the practicalities of the printing process! But it was also a great learning experience, as I had to work things out for myself if they needed doing.

After a year, I applied for a position with Bauer Media, and I spent the next seven years there, working across a range of music, film and women’s titles. Eventually, I ended up as Art Director on one of their glossy fashion magazines, and for a long time it was a dream role.

My decision to leave commercial magazines was influenced primarily by two things. The first of these was the creeping feeling I got every time a set of ABC results was announced, and the second was that the routine had become slightly monotonous. The magazine I was working for was somewhat influenced by the news agenda, but even so, you could predict how every day would go as the week ratcheted up towards press day. Even things which had once amazed me, like Fashion Week and the awards season, were in the diary months beforehand, and it all began to feel a little formulaic!

With that in mind, I arrived at River eager for a new challenge. Initially, I was working across print projects, but it was apparent from the outset that an ever greater volume of digital-only work was coming through the door. Prior to this, my experiences of digital design had involved lots of code and very complex processes, so I had avoided it where possible. However, in the intervening period, the programs had clearly moved on a lot, and I was pleased to discover that it was now very accessible to someone like myself.

Since that point, I haven’t really looked back, and we’ve taken on projects involving just about every format and medium imaginable. Print will always have a special meaning for me, but there are so many extra possibilities offered by digital that, if you are someone who’s interested in aesthetics, you can’t help but be impressed.

I was promoted to Associate Creative Director earlier this year, and this has allowed me to take on an even greater breadth of work. I now work across all accounts, and the work is as varied as you would expect. A week could consist of overseeing a celebrity shoot, checking final proofs for a print project, editing video and working on new business pitches. You could never describe it as formulaic, so it’s exactly what I was looking for! 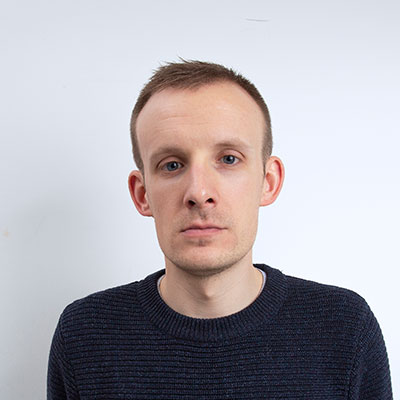 Matt is a multi-faceted Creative Director with over 10 years experience across digital and print. As the former Art Director of Grazia and BBC Earth, he brings a unique sense of creativity to every medium. From advanced motion-graphic videos to large scale creative shoots his 360 degree approach ensures cohesiveness and unity.

He is also a devout Gooner, and outside of work his time is mainly taken up tending to the shrine he has created in honour of Dennis Bergkamp.