The power of comedy

In the second Contentology bulletin, The River Group considers the power of comedy in content marketing… 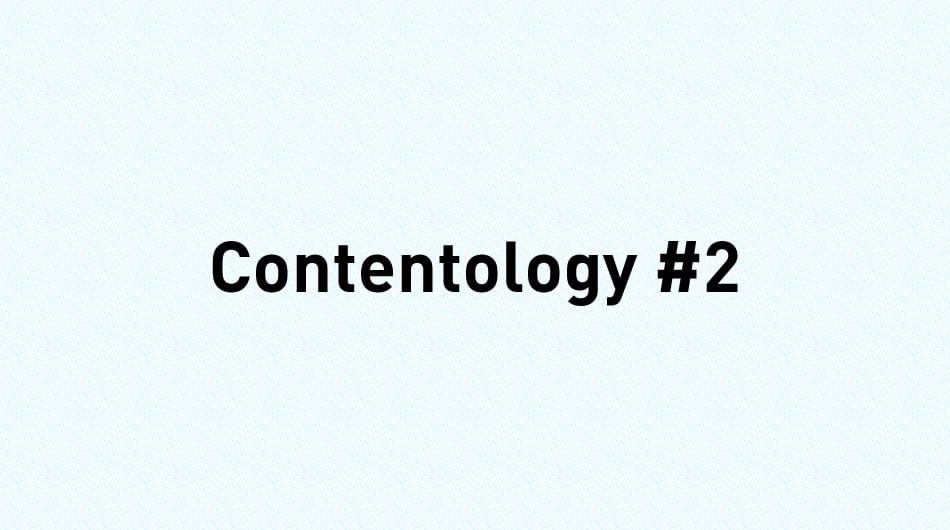 April, the month of fools and fertility is with us again. By the time you read this, there will be a plethora of individuals either expecting a child or sewing their sides up after the traditional japes our friends, relatives and even brands will have played upon us.

It’s easy to be cynical but comedy is perhaps the most enduring pillar of our storytelling culture. From the phallic processions of ancient Greece to the characterisations of the Fast Show, a proficiency to excite laughter is perhaps the one true superpower among human beings. If you can make people laugh, they will treat you differently.

So hold on to your pocket rocket, do what Mother did and let us guide you through branded content with a funny side.

It’s not easy being funny. Some people are naturally gifted entertainers but most great comedians have to work at it. The skill lies in persuading us that it’s a stream of consciousness. So if it’s hard enough being funny about what sometimes seems the ridiculous human condition, imagine trying to inject humour into mortgages, or tyres, or diabetes?

But even boring, serious, worrying, upsetting sectors still need to create content. So why does their content have to reflect our perceptions of them? I’m not suggesting we start a blog with the line ‘Wahey, it’s testicular cancer!’ But by finding and exposing the truth in what we set out to create, it might just be entertaining and engaging, which is sort of the point – right?

But rather than continue with a narrative that’s already made its point, here’s a handy cut-out-and-keep guide to injecting some humour into your content. OK, so it’s an email and you can’t cut it out, and it’s just five tips not a complete guide, but whatever.

1. Tell a story – That’s right, tell a story. Put the brand into context. What is it doing? For whom? Why? And what was the result? If people love it, tell others why. If people hate it, be honest.

2. Use your introduction wisely – This is the place to grab their attention. It’s the place to put your jokes and to get the consumer onside. A great start is more likely to get them to the end.

3. Consider your tone – Tone of voice is critical. Consider it the editorial version of the personality. Want to come across as fun? Don’t write like a lawyer. Not everyone can write with the appropriate tone of voice. Get a professional.

4. Use examples, analogies – The easiest, and often the best opportunity for humour is in examples and analogies. People relate strongly to context and situations they know. What is a mortgage like? It’s like a man falling flat on his face with a big weight tied around his neck, that’s what.

5. Get creative with Images – For whatever reason, pictures of animals or children talking to each other never fail to engage us. Similarly, using imagery to create humour is arguably an easier job than using words or creating a video. Think naughty seaside postcard.

It seems the web is nothing but a library of amusing cats and roller-skating babies to choose from. Brands thinking of entering the comedy tent are urged caution, however. Nothing is more subjective than humour. One person’s Peter Kay is another’s Chubby Brown – although many might struggle to tell the difference.

Still, here are a few examples of those we think got it right:

So, this one is old, made in 2007. Although made by the French, it has an American voice-over. It doesn’t actually feature any real actors in it either. Oh, and it has a baby in it, too. But what the hell, we liked it and you probably won’t have seen it either, which is why we picked it to share with you.

No, not the brand, but others using its channel. Too many to list them all here but a great example of when brands get humour and social media right, ie, behaving like a real person and not feeling awkward about it. 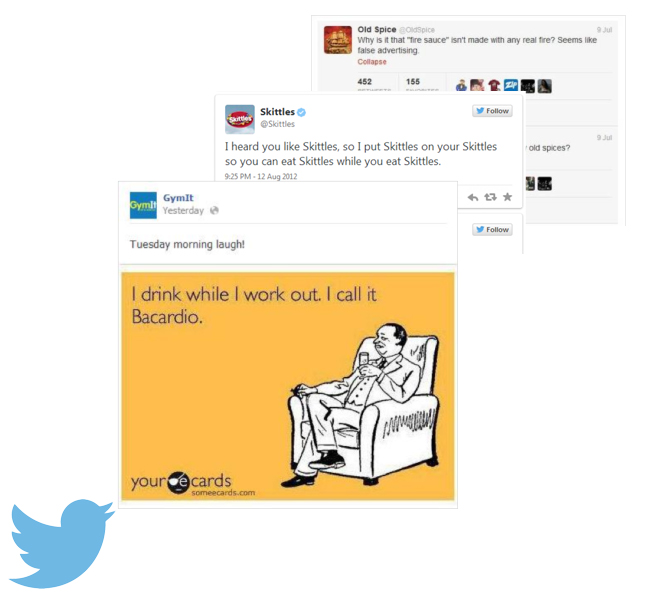 Social media posts that made us laugh

Some comedy bits and pieces to brighten your month and keep you sated until the next edition of Contentology.