A perfect storm: The Business of Digital Magazine Editions for the iPad Generation

Most educated observers would agree that the digital economy received a major boost to its fortunes about three years ago. Not that it was lagging behind but the launch of the iPad in 2010, it has to be said, was a revolutionary moment. 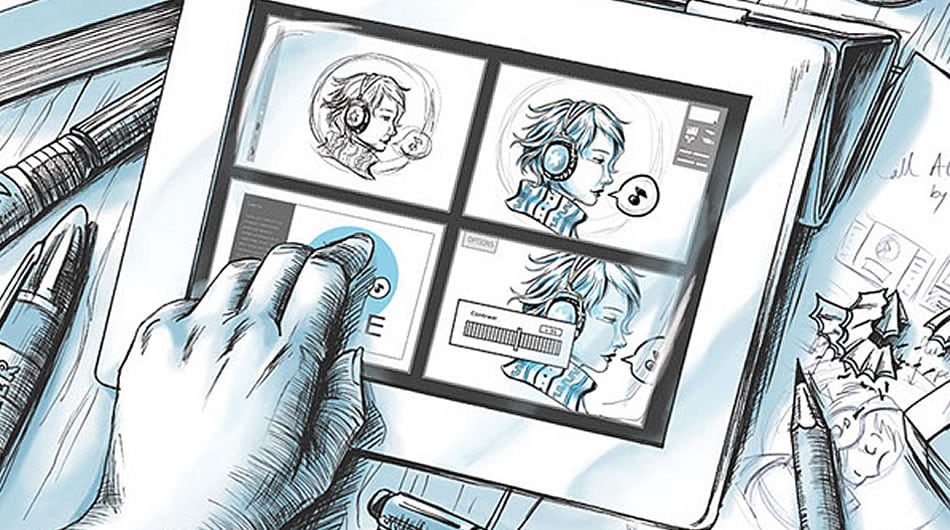 According to research by the IDC, tablets, for business and consumers, will be outselling laptop and PCs, by the end of this year. Guess what everyone’s getting for Christmas then! The step-up in online traffic from tablets from December 25th every year is testament to the Christmas consumer tablet effect. It has been a transformational device in terms of its impact on so many activities. Not only did it mean that we could carry our media and entertainment around with us without the need for a front room, sofa and a socket, but it also had the unforeseen effect of ensuring a nation of two-year-olds would never again wonder, or need to, understand how a paper magazine worked.

“It had the unforeseen effect of ensuring a nation of two-year-olds would never again wonder, or need to, understand how a paper magazine worked.”

The future of magazines

Which brings me neatly to the subject of magazines. See what I did there? A few years ago I was working for a very large company that shall remain anonymous. OK, it was Microsoft, in case you are wondering. One of the projects I was involved in concerned the ‘Future of Media’.

After much research – and some minutes of debate – we made a prediction that by the year 2020, business-to-business magazines, or those focusing on tiny niches, would probably disappear in print form but that the ‘glossy’s’ would probably survive. Why? Well we reasoned that the business-to-business environment is largely information driven and would eventually be superseded by the internet. The glossy market, however, was much more about the experience, something, it was felt at the time, the digital alternative could never replicate.

Fast forward five years and one of those predictions is on its way to becoming true.Business-to-business magazines are, in general, moving out of print and solely into online. Some survive at a reduced print frequency but the writing is on the wall and the numbers, in the long-term, won’t add up.

When it comes to the glossies, however, something unexpected seems to be happening. The ‘experience’ we predicted would remain firmly in place and in print, is shifting too. Smart technology aligned with high resolution screens means that the experience of reading a magazine on a tablet has become, at the least, on a par with, and dare I say it, better than the original print product. The ‘Me time’ the original glossy offered is increasingly difficult to replicate due to our time pressured society. Cue reading material I can take with me and look at when suits.

The problem remains in the business model. When it comes to revenues, digital has to some extent matured. The problem is that this maturity has found its spiritual home in the market of commodity. Put simply, scale prevails. If you are not offering very large audiences then damn your content. A simplistic viewpoint, but one born of the economies of scale much media buying owes its living to.

It poses a problem for the land of niche and non-mass market publication digital magazines and their like because it not only goes against the grain of the original plans for the internet, i.e. specialist communities of interest, but doesn’t fit very neatly with the magazine market where brand and content are everything.

As a result, advertising yields on digital magazines are currently pretty low. This is still largely the fault of audience sizes, only 19% of us profess to read magazines on a tablet but also because advertisers don’t know yet how to value the opportunity, which means the increased cost of production to a proliferating range of devices fails to stack up.

The study ‘zines on screens’ conducted by Onepoll (2013) identified that around 50% of us now read magazines in digital format, whether it be by Smartphone, tablet or PC.

With Smart device penetration predicted to reach nearly 80% in the next 2.5 years you could say there’s a storm coming. Time to get ready.