Summer’s over but did it ever begin? As we wade through unsurprising rainfall, you may have had a glimpse of sunshine or a day of unnecessary heat – all part of the typical British summer. 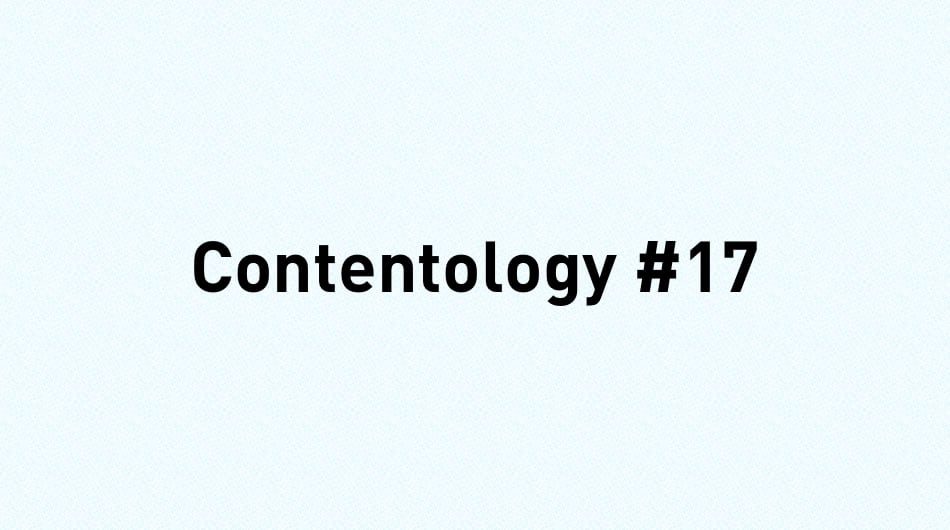 Music and dancing are now just a distant memory; lying under the sun replaced by grey skies or trying to grab that last-minute seat on the commute. However, British weather would not be complete without the special mention of an unpredictable heatwave – and words like “since records began”.

Although the rustle of autumn leaves among the many busy feet may frustrate you, there is always a silver lining to our overcast skyline. So light a barbecue, carry an umbrella, fly a kite and get that scarf out… Contentology is moving with the seasons and we’ve a lot to get through!

In a bid to reach a younger audience, Nescafé shifted all of its websites onto Tumblr. The new platform allows fans to share images, videos, GIFs and other “coffee-related content”. The move reportedly generated an additional $200,000 (£155,000) in the first half of 2016, with monthly visits rising by 20% on mobile. There are already a number of brands that have also gone social with Tumblr, including L’Oréal Paris, Toyota, American Express and Cathay Pacific, but whether this becomes a much larger trend for brands remains to be seen.

Augmented reality, which blends real-life and digital experiences was given a big thumbs-up as people went crazy for Pokémon Go. Just under 21 million daily active users saw Nintendo’s game climb to the No. 1 spot on the App Store and become the biggest mobile game in US history. McDonald’s even became a partner and, with that, the first brand to advertise, capitalising on the app’s mobile location data.

Pokémon Go took everyone by surprise but what it really demonstrates is how an audience can adapt very quickly to a new experience. For anyone who has witnessed the slightly bizarre occurrence of someone trying to catch a Pokémon, it really is a glimpse of digital storytelling going into the real world.

It would be hard to watch the Olympics without thinking back to this Virgin Media advert featuring Usain Bolt. No individual products are given a mention, but instead the storytelling is allowed to have the final say. Slick action sequences and graphics are backed up by narration from Michael Johnson.

Drawing on American hip-hop culture, Sprite manages to conjure up a surprise hit with this ad – gaining over 11.5 million views to date. The drinks brand was clearly thinking of mobile when it produced the 15-second clip, which makes the perfect length for that format.

Inside the Wardrobe of Miranda Kerr | British Vogue

British Vogue has been working hard behind the scenes, especially when it comes to its YouTube channel – totalling nearly 300,000 subscribers and millions of views. One of its more popular offerings is a tour of Miranda Kerr’s wardrobe. Set in LA, the video guides you through a range of her clothes, shoes and bags, followed by a light-hearted interview of quick-fire questions.