Those of you with a genteel disposition might be pleased to know that May is a fine time for floral blooms; not for nothing is it known as the month of growth and replenishment. Indeed, the world-famous Chelsea Flower Show is held this very month. For those that prefer more drink-fuelled, tribal pursuits, we have the FA Cup final or London Wine Week. 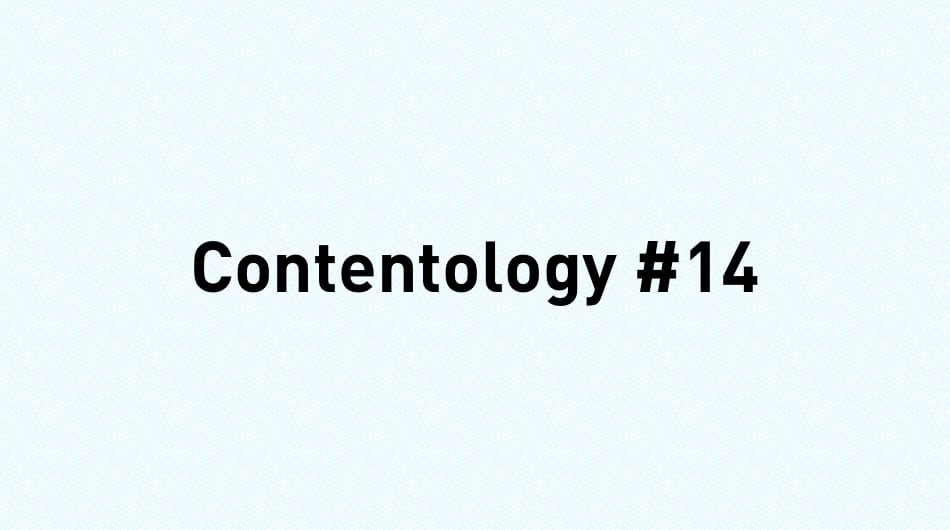 The month of May also sees the State Opening of Parliament, when our dear Queen keeps us all on the edge of our seats by telling us what the government has told her to say.

Please be upstanding for this month’s edition of Contentology where, unlike Her Majesty, we promise to keep you guessing.

I was describing my experience of ‘gaming’, or playing video games as I used to call it, to my 11-year-old son the other day and it was quite a trip down memory lane. I recalled the monumental 48K processing power of the ZX Spectrum, the cassettes you had to load over 10 minutes, and, of course, the keyboard trashing joy that was ‘Daley Thompson’s Decathlon’. My son laughed for quite a long time.

For him, gaming is something quite different. It’s an experience that not only feels increasingly like real life (I’m sure there’s a bribe function in the latest FIFA game), but also one that he can share with others. He plays regularly with and against friends who, for all intents and purposes, could be living on the moon. For someone of my generation, that is almost unfathomable.

But it’s here to stay, and growing at a rate. It’s not for kids either. According to recent research by the ESA (Entertainment Software Association), the average female gamer is 43 years old; the average male is 35 years old.

I suspect some of this you knew already, so why the interest? Well, it’s the general lack of it amongst marketers that helped spawn this opinion. About 10 years ago, Microsoft bought a company called Massive, who specialised in in-game advertising. Microsoft had a nascent division with Xbox. Fast forward to present and Massive is no longer, whilst Xbox goes from strength-to-strength. The industry is predicted to generate around £5bn this year (Forbes), which sounds an awful lot but is actually less than 1% of the global total.

Given the size of the audience, the growing abilities of technology to fuse gaming into different contexts, the brand extensions beyond the device, and the rightful focus of brands on delivering great content experiences, don’t you think it’s worth looking at again?

Luxury brands are usually masters at branded content and Chanel is no different. On their website, www.chanel.com, there is a host of editorial, beautiful imagery and video that takes us from the birth of the brand, associations with stars such as Marylin Monroe, and the iconography of No.5, through to present-day associations with Pharrell Williams and Cara Delevigne. Stunning.

Continuing loosely on the theme of fashion, we were drawn to this rather inventive blog by middle-aged but desperately-trying-to-be-cool fashion brand J.Crew. It highlights all the hard work that goes into the final products that customers pick up in stores. It offers a behind-the-scenes look at photo shoots and Instagram photos of the models swimming in between shots. There are features on how the clothes are styled and produced, and insiders’ perspectives of a model casting call for New York Fashion Week. Essentially, the blog makes the reader feel much more invested in the brand. Which is a good thing.

May stats to keep you relevant to people that know you and interesting to those that don’t know you.