The summer – a period where we traditionally look forward to taking a break. Whether it’s from work, kids or both, you can be sure most of us will be heading somewhere for a well-earned rest and a recharge of the batteries. 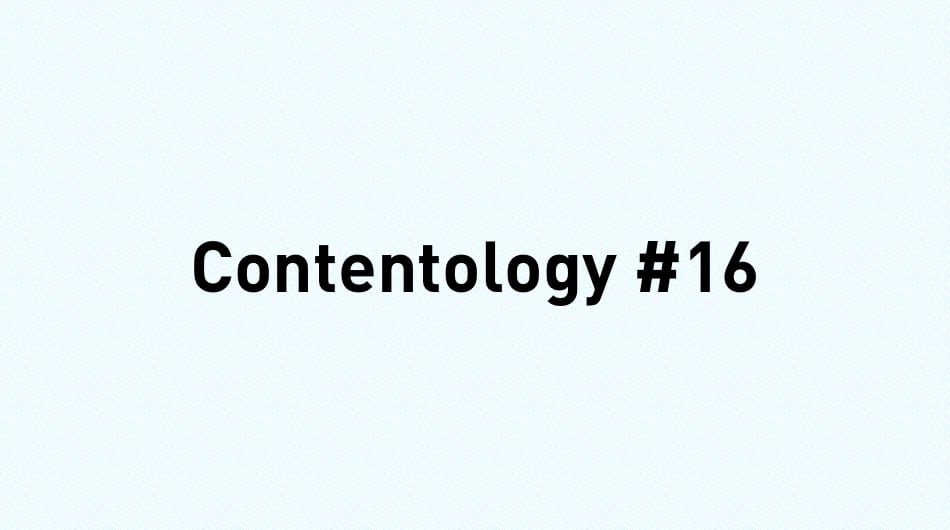 Some of us will be getting on our bikes to explore the great British countryside. Across the Channel, our French cousins will be doing the same – although the Lycra-clad, performance enhanced, crash-fest that is the Tour de France is a somewhat different spectacle to the Lycra-clad, riding three abreast, middle-aged, smug parade that will jam up the back lanes in Somerset.

Not to be outdone, Contentology will be taking a road trip of our own. Although we’ll be using a motorbike, which as we know was invented to give the rider the pleasure of open-air travel with none of the effort. So, get your motor running, head out on the highway, and take the world in a loving embrace. Alternatively, have a read of this little lot.

Social media has been with us for more than a decade. Hard to believe? Facebook launched in 2004 and Twitter in 2006. Although Instagram may be pretty new and exciting, it has actually been with us since 2010. The Global Web Index has estimated we spend 1 hour 51 minutes a day on social networks. Clearly, it’s something we find important in our lives.

‘Millions are in uproar in #Cairo. Rumor is they heard our new spring collection is now available online at http://bit.ly/KCairo – KC’

Most of us know how to self-regulate, but such comments are not the only way that our interactions with customers can let us down.

What amazes is how many brands use social channels to sell to their customers. Social media isn’t really a pure marketing channel, it’s much more of an experiential customer service channel with bells on. And there’s the rub. Too many companies use it to push sales messages at customers without ever really engaging them. Sure, someone will probably ‘like’ a discount voucher but it arguably does nothing for long-term engagement. In addition, content is often just replicated across multiple channels, paying no heed to what they are good for.

If you think of Facebook as a social club, then spouting information about how great you are isn’t going to captivate anyone. Social media is a pull mechanism, so using it to push defeats the object.

The key is to develop a comprehensive content strategy that embraces and supports the different strengths of social channels. That encourages engagement and sharing. Once you have that you need to start training your social media staff to actually act and talk like a human version of your brand rather than a sales rep.

It’s not a sales promotion channel. It’s called social media for a reason.

This example has nothing to do with summer or the outdoors, or any other tenuous link. But we think you’ll like it anyway.

Dog food and marketing don’t normally conjure up images of anything remotely entertaining – but this inspired idea from New Zealand proves otherwise.