Every generation is shaped by the events that surround them: the strength of the economy, changing social mores, access to information, the health of the nation and even, dare we say it, political events. 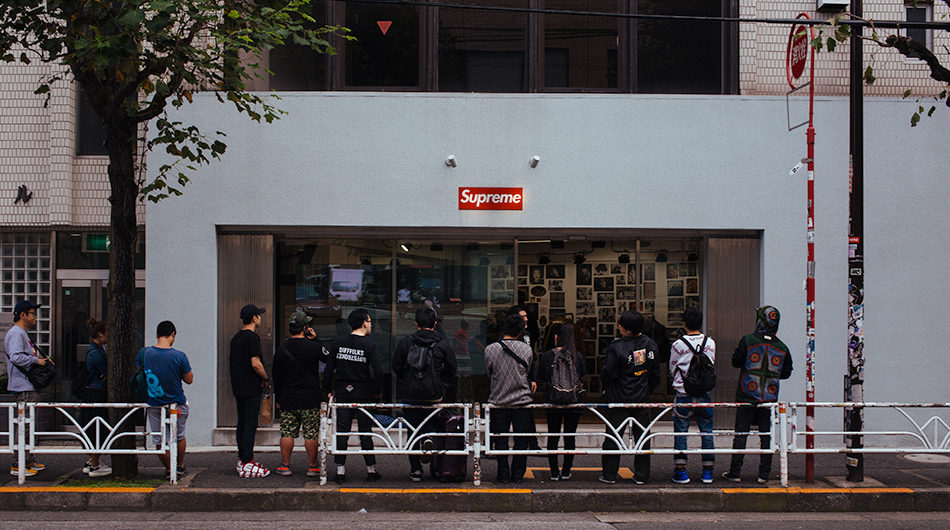 Photo by Charles Deluvio on Unsplash

Some might argue that today’s younger generation has grown up in a time of relative prosperity, yet more 16-24s now live below the poverty line than was the case ten years ago. They have experienced at least one major recession during their lives and the kind of global political upheaval not seen for more than 70 years.

It is often said they are ‘generation rent’, poorer than their parents were at the same age and viewing home ownership as an all but impossible dream. To put that in perspective it is estimated that by 2020, first-time buyers will need an annual income of £64,000 to be able to afford a home, according to research by Shelter.

Access to information is unrivalled and the ability to converse and share content through digital channels is almost considered a human right for this group. But despite this free-flow of thoughts and ideas, this generation is perhaps the most regimented when it comes to freedom of speech. Recent protests at some universities against previously respected speakers whose views did not necessarily fit with their own, suggests that this might be the case.

Perhaps it is this abundance of choice coupled with political uncertainty and financial insecurity that forces them to the middle ground. Members of this generation are not considered to be the risk-takers their predecessors were. They are also the first to be experiencing what Ikea’s sustainability chief Steve Howard termed ‘peak stuff ’. Rampant materialism has been a constant in their lives to date. In Western economies, and now in developing ones, we are encouraged – if not coerced – to spend money on things we simply don’t need. The whole market has been rigged for growth at any cost. However, change is afoot. Business is starting to come under more scrutiny than ever over their impact on the environment and the creation of products and services for profits’ sake.

Perhaps this is why the rise of ‘access versus ownership’ is becoming a more prevalent model. From music and motors to holidays and power tools, it is one that this generation is embracing strongly, and the impact on business is starting to be taken seriously. Indeed, manufacturing businesses such as automotive are looking to hire-based models as they realize that there is a finite need for cars in the modern world.

So how do they shop?

For a generation that was ‘born digital’ it should be no surprise that interactions through digital channels are of primary importance. The levers that drive purchase have shifted dramatically and quickly. Retailers have to play catch-up. But despite the doom-mongering of the ‘dead-tree’ press, these consumers are human beings who still crave human interaction and ‘real-life’ experiences from their shopping.

In fact, a study in 2016 by Interactions Marketing agency found that 64% of this contingent still prefers to shop in stores rather than online. These young shoppers want the store to fit three main criteria: they want it to be clean, they want staff that are friendly and knowledgeable, and they want a positive checkout experience. They also expect to be treated the same as older customers.

For a generation so obsessed with image, it’s not surprising that a physical visit to a store is an important part of the shopping experience. There is a certain confidence to be derived from seeing goods ‘for real’, especially when one understands that things online have often been ‘adjusted’ to make them look better. Furthermore, the social aspect of the ‘part of the day out’, particularly among women, was seen as an intrinsic and enjoyable characteristic of the shopping experience. Interestingly, the ‘social’ aspect of shopping started and finished online, with the physical store being in the middle.

So while the in-store experience is still extremely important, the advantages of online – speed, convenience and choice – are highly prized. Given that technology is intrinsic to their daily lives, this generation is more likely to source product information online, seek opinions and make decisions based on their social networks.

Also, for a generation that has come to expect a degree of order in their lives, perhaps we should not be surprised that store layout online was considered to be much easier to navigate. In addition, it was noted that online stores don’t go out of stock like the high street equivalents do. This was a definite plus point. Indeed, ‘control’ over the process was deemed an important facet of the online experience, as was being able to share the spoils of your shopping with friends online.

Of course, we couldn’t discuss this generation and its shopping habits without mentioning the ‘M’ word because this is a group with an umbilical attachment to their mobile phones. Having grown up with the technology, they are largely unimpressed by it. For them it is a given, like being able to turn on the light switch. They have an ‘on-demand’ expectation for everything. In retail terms this doesn’t pit physical and online against each other. Instead, it means that the mobile device is part of the decision-making journey and will continue to be used for verification both in-store and online. As in all aspects of their lives, the role of mobile is integral to the activity of shopping.

This is a cohort that’s often accused of having short attention spans and being fickle with brands. Price-conscious and digitally savvy they have the power to move their custom if their needs are not being met, whether that’s during normal working hours or at three o’clock in the morning. So between the online experience, the physical store and a mobile device that bridges the gap, this generation has come to expect a seamless experience. They take it for granted that there is nothing they can’t do as long as they have their mobile and a good internet connection.

Perhaps the most useful way to demonstrate how the younger generation shop is to look at their customer journey. What persists in common with older generations are the headings. What differs is their process.

Once an idea is seeded, a search engine is often the next port of call. Price checking is also important for this budget-conscious generation. Frequently, a trip to the shops with friends will be used at this juncture – not necessarily to buy but to check product and price.

As you might expect from a group who spend a lot of time on social media, peer approval is highly important, although with some types of goods, not wanting friends to copy you is also a factor. These first three stages take place alongside one another rather than in a more linear fashion. Because of the abundance of the number of influencers in this process it is also the longest part of the journey.

This is carried out in-store or online and, increasingly, through a mobile device. This generation is also on the lookout for a bargain, so discounters and second-hand outlets are readily considered.

It’s now all about the ‘show and tell’: figuratively sharing the spoils with friends and peers through social media.