April is one of the shorter sections in the ‘facts about’ book we’ve been using as an aide-memoire in writing our beloved Contentology. It has a funny day at the beginning, and Easter a few days later, unless it’s in March, which, as we know, it was this year! 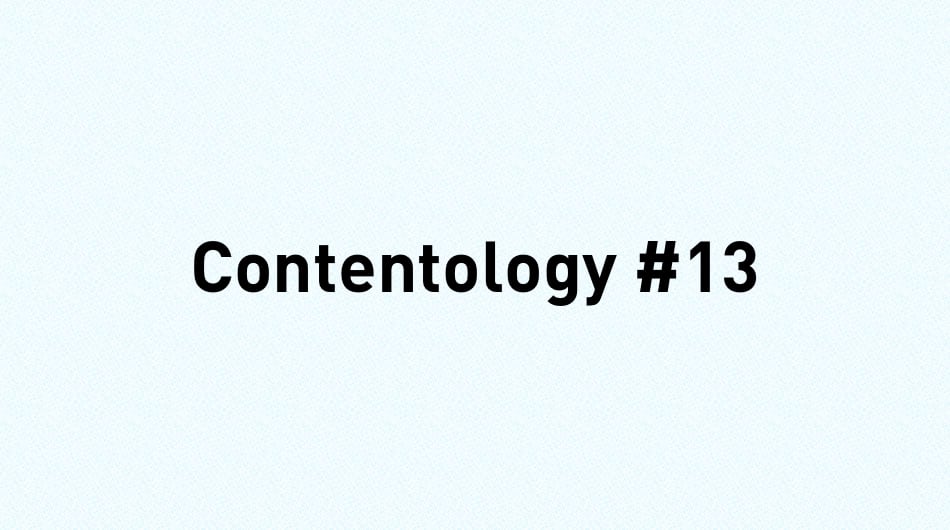 There was an early reference to the ‘Fooles Holy Day’ in 1686 by John Aubrey, the English writer, and in 1698 it was reported that several people were tricked into going to the Tower of London to see ‘the lions washed’. In more recent times, well, 1957 to be precise, a Panorama documentary was broadcast on ‘spaghetti farmers in Switzerland’. So convincing was the programme, the broadcaster was inundated with requests for the plant and they had to declare it a hoax the following day.

Anyhow, when you’ve picked yourself off the floor you can enjoy reading this month’s edition of Contentology.

Reading age is perhaps something that those working in the marketing industries have never much considered. Assuming we are humans of the educated variety, and assumption being the mother of something or other, then it’s not really surprising. But for those more directly involved in content creation it’s a pretty critical consideration.

As a crude, rather snobbish example, the articles in the Telegraph might not be well understood by readers of Take a Break magazine. At a more commercial level, those who write content for ecommerce websites know, or should know, that selling is best done when you write for a reading age of about eight or nine. Otherwise known as The Sun. If you write for a reading age of 13 or 14, as does The Times, then your quick-fire, sales-y sound bites will get lost.

The rise of the internet has forced our hands in this matter to a much greater and more rapid extent. It has almost created a new language, where emojis, slang and abbreviations have caused some to speculate that the internet is killing language itself.

But language evolves alongside culture, and it is impossible to control. As mentioned in an earlier edition of Contentology, the month of February was known as Feverell in Shakespeare’s time. So, no, we don’t believe it’s killing it, just changing it as it always has. If anything, it’s democratising language, to the extent where we are starting to see a global culture, and languages form and borrow words and expressions from each other. For example, Americanisms such as ‘road trip’ and ‘what’s up?’ are becoming integrated into other languages worldwide.

But what does this mean for marketers?

It means that, although there are tried and tested methods for good communication, there is such a variety of means in this digital world that

we must consider much more carefully not only what to say, but how to say it. It is essential that brands use the right form of language, depending on the platform they are writing for, whether that be 140 characters for Twitter, an email, or a serious article being published in a report.

So if you hadn’t given it a thought before, go think about it.

Following the success of their 2014 short film The Gentleman’s Wager, Johnnie Walker are back with their new film, the imaginatively titled The Gentleman’s Wager II. Starring Jude Law and Chinese actress Zhao Wei, drinks giant Diageo hope that this follow-up will be turned into an ongoing series with Law. The suits at Diageo also hope that Wei’s star appeal in China will help promote the brand to the lucrative Chinese market. It’s 10 minutes of great brand indulgence. If you haven’t got the time, this link will take you to the trailer. Cheers!