The power of storytelling

The 18th century scientist Thomas Young is sometimes referred to as ‘the man who knew everything’. This incredible polymath, who, amongst other things, deciphered the Rosetta Stone, is purported to be one of the last people in existence to have read all the books published in his lifetime. 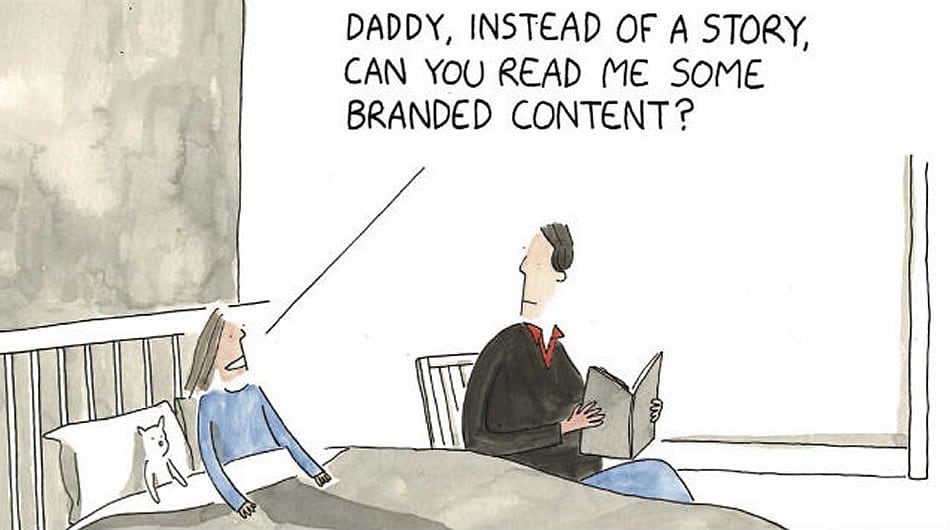 Stories: the good and the bad
Now, if he were to attempt that feat today he would have to plough through such works as 50 Shades of Grey, The Da Vinci Code, and Being Jordan by Katie Price. He would become ‘the man that knew nothing of any interest’.

I exaggerate of course; there are plenty of gems in modern writing. Harry Potter and the Chamber of Secrets for example, although you probably haven’t read that, as it’s a book for children. That’s right, it’s for children.

Notice me!
We are, in the 21st century, exposed to an ever-increasing deluge of content via a multitude of channels and formats. When our senses and attention span are subject to a blitzkrieg of stimuli it’s perhaps no surprise that brands have had to adjust their approach to garnering our interest. Washing powder vs Breaking Bad is a huge mismatch.

Advertisers are now embracing content as the balm for their ills. Looking to create something of value for the consumer that is more likely to generate reciprocity is a wise move away from the shouty, interruptive, and frequently patronising attempts of much advertising. As a result we’ve seen increased interest in the art of storytelling.

Stories build brands
Storytelling as a base for brand building has a lot to recommend it. It appeals to perhaps our most primal instincts, to fight, to protect, to nurture, and to love. It is a practice that knows no boundaries, physical, geographical or otherwise. And it’s shareable. Word of mouth was proven a long time ago to be infinitely faster at disseminating information than traditional media.

So what makes a good story? One definition from an article by Box Network Europe states “A good story is determined by how the protagonist manages to solve a conflict during his journey and his ability to convey his empathic qualities to the listener/viewer/reader.”

Soap story
How does that apply to soap? Where is the story in such an everyday item? Well, if we start to break down the components of a great story it becomes a little clearer. All great stories have a set-up, an alternative reality if you like, into which you are embraced. There is a hero, a challenge to overcome, and a couple of side issues to resolve along the way.

Dove then lived and demonstrated these values through the use of healthy, ‘normal’ size women in their communications. It bonded their audience with a shared sense of identity and evangelism. Sharing the message became an act of defiance.

This story lives on, a decade after its original telling, through initiatives such as the ‘self-esteem project’ which aims to “arm parents with the right tools to help their girls overcome beauty-related anxieties’.

The best storytellers will endure
The Dove story isn’t a standalone example but what many brands still fail to grasp is that the hero of the story isn’t them. The customer is the hero. It is they who must take centre stage as the protagonist of their own adventure. No one wants a story where the customer is a victim anymore.

So now is the time for brands to think sensibly about their story. To find their meaning and demonstrate those values.

It was Coco Chanel who said: “In order to be irreplaceable one must always be different.” Everyone has their own unique story. Time for brands to realise theirs.