Our real-life covers encapsulate the essence of the Weight Watchers brand: You can do this! Even if you’ve tried diets and failed, this is the one that is liveable and will work for you. Our cover model is proof of that and an inspiration to others to follow in her footsteps. ‘This was the best day of my life!’

Sounds over the top maybe, but this is a common reaction from the models we shoot for the cover of Weight Watchers magazine. You can see the proof of it in their shining eyes, huge smiles and occasional tears when they are overcome by the emotion of it all.

For our ‘models’ having the confidence to stand in front of a camera with a crew of up to eight people watching them, is like climbing the winners’ podium at the Olympic Games. They have completed a marathon of stamina and will power, overcome obstacles, wrestled with their inner demons – to achieve a healthy weight and regain their lives. No one should underestimate what it takes to swim against the current of our unhealthy environment to achieve and maintain a healthy weight.

We are constantly casting for covers. When people get to their goal weight, they are encouraged to fill in a success form which is sent to Weight Watchers head office with pictures, some are sent directly to us and we also keep a look out at meetings and on social media. When we spot a ‘potential’ we ask for more pictures, and we also have a lengthy phone chat to try and measure their confidence level.

You can have the prettiest girl in the world, but if she freezes in front of the camera, you’re in trouble. We are looking for that ‘X-Factor’ and a measure of how hard it is to find, for the recent Cover Star competition we ran with Weight Watchers which attracted over 200 entries, out of which we found one cover star.

Overcoming ‘camera shyness’ to be a cover model

We are very aware of the emotional back-story of our models and part of our job on the shoot is to make sure that they feel confident and happy with the whole experience.

Often they are not totally comfortable in front of the camera, and as they are not professional models, they don’t have the repertoire of poses or that uncanny knack of being able to smile without squinting.

It can take a good while to get them to relax. It’s almost a rule of thumb that the last shot will be the one that is the cover, and we often don’t use the first set-up, treating it as a warm-up exercise.

We’ve tried various unwinding techniques: including a glass of wine with lunch – didn’t work as the models don’t tend to eat very much (worried about bloated tum) and they got too flushed and tiddly.

In the end it comes down to assembling the right team of stylist, make-up and photographer who – as well as being brilliant technically – have the right kind of empathy and people skills to bring out the best in the model.

The magazine team also – editor, art director and writer – are all primed to keep the atmosphere and energy up, with a stream of encouraging chat and jokes. We have even resorted to tap dancing off camera to get one model to laugh.

It is exhausting, You leave feeling like you’ve done a whole day’s stand-up gig at the Edinburgh Fringe. Speaking for myself, when I get home I need a large glass of wine and my family knows not to speak to me for at least an hour. Because there are so many variables, it is incredibly stressful. All of us have ‘shoot dreams’, nightmares where the model gets lost on the way to the studio (has happened, it’s sometimes their first time in London), none of the clothes fit (nearly happened, we had to run out shopping) and other more crazy dream scenarios (which thankfully haven’t happened).

But, for all its challenges, I would rather shoot our lovely, courageous, nervous, excited real-life models than the professionals who bring their own raft of problems: tetchy because they’ve got their period, tearful because they’ve broken up with their boyfriend, or fainting because they haven’t eaten for days. All of which has happened to me when working on previous magazines.

I can’t believe that’s me!

I feel that our covers have something quite unique. There are only three magazines in the UK that have real-life models on the cover – us (Weight Watchers), Slimming World and Essentials. We do it best (well, I would say that wouldn’t I?) because we spend so long with the models, getting to know them and helping them express just how much their lives have been changed, the happiness and confidence the models exude when we get the ‘money shot’ have something that no professional model can communicate. Often there are tears when they look at the pictures: ‘I can’t believe that’s me,’ is a common response. And they all say they go home after the shoot, not quite sure that this amazing experience has actually happened to them. Until the day they walk into Tescos to do their weekly shop, and see themselves as a cover star on the magazine stand beside the celebrities and the world’s top models. That’s when they believe it. 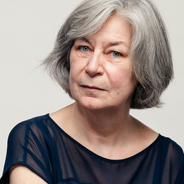 From typewriters to Twitter in one career – it’s never been dull.