2020 was a year that will be discussed for decades to come. And in the world of podcasting, this will be no exception.

In June 2005, Apple introduced podcasts onto iTunes, with some 3,000 programmes available at launch. Fast-forward to February 2020, and that number had grown to 900,000 active podcasts. The big news, however, is that as of January 2021, Apple Podcasts has 1.8 million podcasts available – doubling nearly 15 years of podcast creation in less than a year.

The headline event of 2020 for many people was being put into national lockdown. But how did this affect podcast listening habits? According to Acast, within a week of the UK national lockdown, introduced on 16 March 2020, podcast consumption actually took a huge dip; the weekend of March 21-22, however, was the biggest ever for its network of more than 10,000 shows. And this grew even further the following week. Spikes of listening consumption at peak travel times, common before lockdown, stopped, and consistent average listening from 7am-7pm started to become a normal habit nationwide.

In recent years, post-truth politics has become a major issue, and podcasting has played a large role in this. In March 2020, Acast reported that more than 650 podcast episodes hosted on its platform alone were about Coronavirus. Those episodes were downloaded more than 16 million times. Even though the majority were totally factual to the news at that point, Covid-19 and the whole pandemic experience was new to our generation, and people were hungry for further information. According to a report by Media Monitors in August 2020, 60% of listeners said podcasts were either ‘more’ or ‘much more’ trustworthy than traditional media coverage of the pandemic. This trust can easily lead listeners down dangerous rabbit holes.

In May 2020, podcaster Joe Rogan signed an exclusive $100m deal with Spotify, the largest by a long stretch that any podcast has been offered. The Joe Rogan Experience has been known for its controversial content, featuring guests such as conspiracy theorist Alex Jones, and far-right journalist Milo Yiannopoulos. When Rogan signed the deal in May, much to his fans’ delight, he posted on Instagram, ‘It’s just a licensing deal, so Spotify won’t have any creative control over the show’. However, in September 2020, when the show exclusively moved over to Spotify, 46 episodes didn’t appear – including those featuring the two aforementioned guests.

In October 2020, Spotify also removed four QAnon-related podcasts. A Spotify spokesperson told Insider that the company ‘prohibits content on the platform that promotes, advocates or incites violence against others’. Just three months later, in January 2021, the Capitol Building in Washington DC was stormed by rioters, many of whom were vocal followers of the QAnon conspiracy theory.

Podcasting has always been seen as an uncensored medium, giving a direct platform to people’s voices. Many who would fit into a post-truth mindset would consider it to be bypassing the ‘narrative’ of mainstream media, speaking the truth. But where do companies draw the line and have to step in? As mentioned, over the last 11 months, Apple has doubled the number of podcasts it had accumulated in the first 15 years of its existence. One person’s interest in conspiracy theories could be another person’s gospel. With the number of podcasts available now, where does the responsibility lie – or should there be a concern at all? 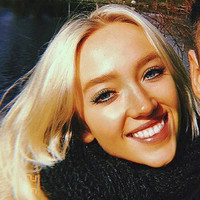