The River Group takes the top spot for the second time in the company category, along with Digital Manager Andy Greening who was named one of six individual rising stars. 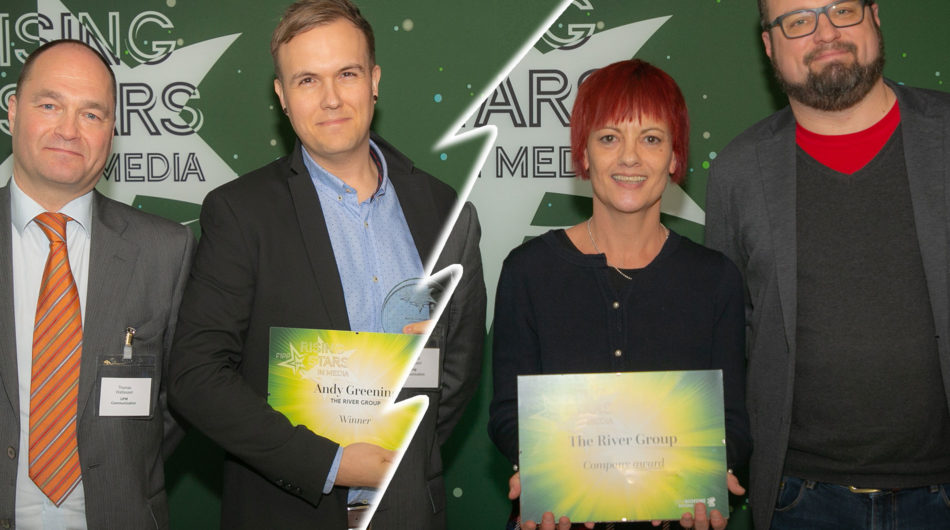 We’re delighted that River has been announced as winners of two awards at the FIPP and UPM’s Rising Stars in Media Awards 2018.

For the second year in a row, The River Group has been named as company Rising Star of the Year and sees one of its employees scoop an individual award. Digital Manager Andy Greening has been named as one of only six rising stars in the awards, which recognise young, talented individuals who have produced outstanding work within the industry and have delivered above and beyond expectations.

River was awarded the company prize for the quality and depth of its entries.

Nicola Murphy, CEO of The River Group, says:
“I’m thrilled that River has once again gained recognition at both a company and individual level at this year’s awards, making it an amazing two in a row! For Andy to be acknowledged as one of FIPP’s rising stars is testament to the quality of the work he produces for River and for our clients. I’m also delighted that the creative and innovative work we produce company-wide across print and digital has been recognised.”

The win comes hot on the heels of Ellie Hughes being named Editor of the Year in the branded content category at this year’s BSME Awards.

Andy and River received their awards at a ceremony on 12th December in London.