So, half the year is gone – welcome to June. Host of summer, the longest day, and, if you believe Sir Billy Connolly, knighted last year for ‘services to colourful language’, the only month in Scotland that isn’t winter. 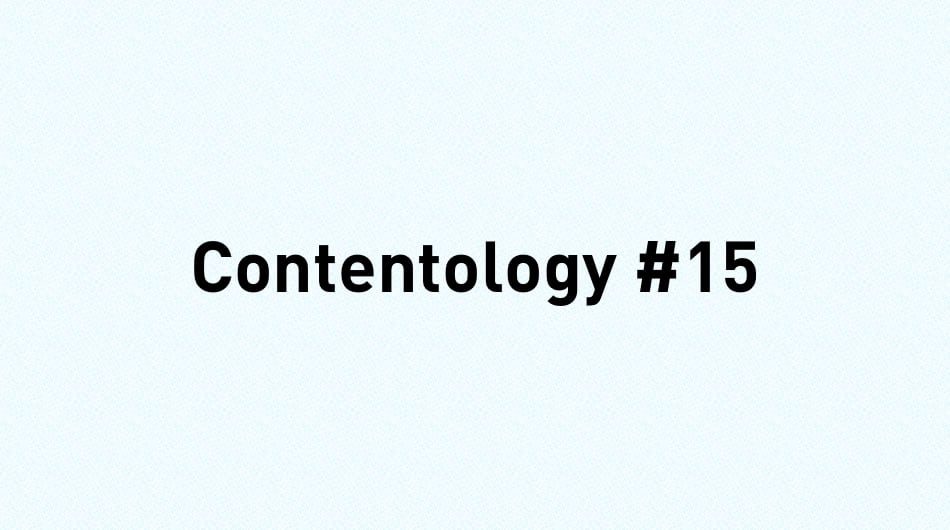 We also have a month ahead of sporting challenges. The All England Tennis Championships, otherwise known as Wimbledon, arrives at the end of the month, with the regularity of something that happens at exactly the same time every year. Let us also not forget the quadrennial marketing festival that is the UEFA Euros; another chance for massive hype followed by national disappointment and managerial sacking beckons.

Either way, the weather forecast is excellent, so sit back, slap on the sunscreen and enjoy this month’s slightly sporty, unusually opinionated, yet summery edition of Contentology.

This month we are having a little bit of a rant. Not that previous months were rant-free, it’s just that we are not going to dress this one up quite so nicely.

Unless you’ve been hiding away in a shed for the past couple of years, you can’t have failed to notice that more and more is being written about the importance of addressing the needs of millennials. Sometimes referred to as the ‘Peter Pan’ generation, they are purported to travel almost exclusively by skateboard, prefer to work at home, and are umbilically linked to their smartphone through which they post pictures of their meals. Every day. Oh, and they are also prone to facial hair experimentation, particularly if they are male.

The rules of marketing have changed if you want to talk to this tribe. Outbound marketing is, well, out. They are too glued to their screen and themselves to notice. Everything must be fun – it’s all about the experience now, since actually engaging tactically with anything is a rare occurrence. Collaboration is key; this group are highly opinionated and wish to have a say in everything they do because, you know, they are special. And you’d better be authentic because, if you’re not, they will tell everyone they know what a bad thing you are.

Grumpy old man sarcasm aside, there is an important point to make. Millennials are not worth targeting as a group. Why? Because there are 13.8 million of them in the UK, and we think that, in terms of a marketing segmentation exercise, that would fall on the side of ‘rather lazy’. Think of targeting those who are still in further education with the same approach as those who have a mortgage and a young family.

It’s not to say there aren’t some commonalities in this raised digital group, but let’s go back to basics for a second. People are best grouped according to what they are interested in, where they live, their familial status and what they earn.

As content marketers, just remember we are well placed to talk to this generation. Not en masse, but as individuals.

Branded content is nothing new in action sports, but we’ve dug deep and avoided Red Bull to prise out a couple of beauties that you may not have seen before.

Whistle sports are a new breed of content creator: engaging communities by letting them do the talking. This example of some extreme long-boarding is well-produced, engaging and, more importantly, features real people. With over 330k subscribers to their channel (that’s three times more than high street giant John Lewis), they must be doing something right.

Never a company to shy away from the opportunity, Reebok noticed that in South Korea, one of its key markets, 74% of the working population were missing out on regular exercise. So they created an active game where office workers congregated every working day – the subway. Reebok installed game systems in two of the most popular stations and challenged commuters to see who could score the most points by hitting a pump button on two sides of the platform; the winner received a pair from Reebok’s newest shoe line. So far, the Reebok Korea video has been viewed 2.6 million times and shared thousands more.

Some summery stats to keep you in a sunshine mood until we forget about the Euros: