Should my brand start a podcast?

The River Group’s Digital Manager Andy Greening discusses whether now is the right time for your brand to branch out into the world of podcasting as the format becomes more popular than ever. 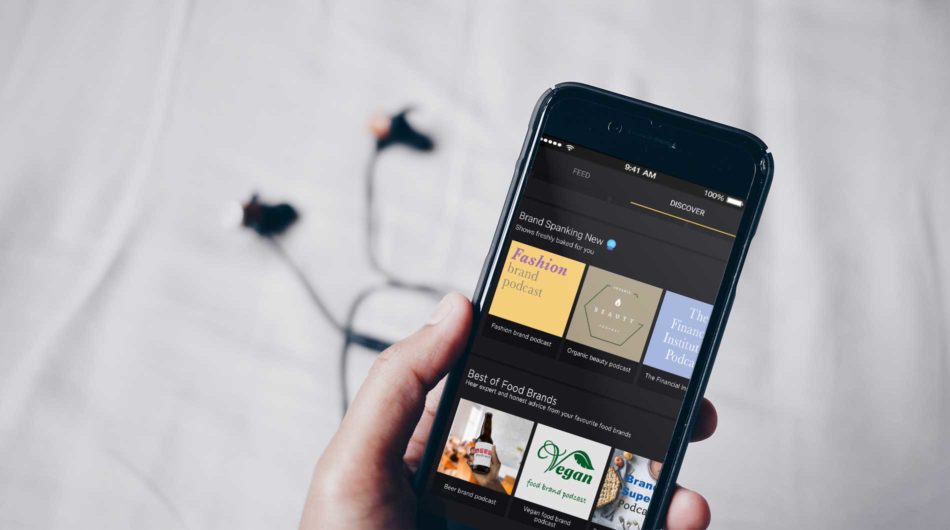 When I first started working in marketing, the concept of a brand using Facebook or any other social media platform to market itself was cringe worthy. This was following the MySpace revolution, when for the first time ever music artists, entertainers and influencers could connect on a one-on-one level with their fans, and brands wanted in on the action. Brands started to position themselves in a similar vein and frankly, it was like seeing a 50-year-old man wear a baseball cap back to front.

Roll forward 10 years or more and things have changed drastically. Brands and social go hand in hand, creating a professional industry worth billions. Now, the thought of marketing a business without the use of social channels seems unthinkable if you want to have any success.

Back in 2004, another content channel was also growing, but took a backseat compared to the rise of social media: podcasting.

Podcasting, in its infancy, was a niche medium for consumers. It required people to hunt for a podcast online, and sync it to their iPod or listen on their computer. There were very few shows and even fewer celebrity hosts until radio stations started using it as a way of posting on-demand shows.

Fast forward to 2018, the rise of social has allowed podcasts to reach the kind of audiences they wouldn’t have had back in 2004. Podcasts have now become common talking points. We’ve had The Ricky Gervais Show, which in 2007 achieved a Guinness World Record for being the most downloaded podcast, at 261,670 per episode for the first month; there’s been hit investigative journalism podcast Serial, which in its first season in 2014 took seven weeks to reach 10 million downloads; and, more recently, in September this year, Elon Musk’s appearance on the Joe Rogan Experience podcast, which racked up nearly 13.5 million views on YouTube in under two weeks. It’s evidently a growing medium.

Adding to this, advertising and podcasting seems to have a more comfortable relationship than most ‘sponsored’ content. It’s widely accepted that for a free editorial medium to exist at such a professional level, it requires sponsorship or to be published on behalf of a brand. Host-read sponsorship adverts are very common in some of our favourite podcasts and – good news for sponsors and brands – according to podcast hosting platform Acast in April 2018, 76% of UK listeners have acted on a podcast ad. Compare this to web display adverts, which have an average click-through rate of 0.35%, and the difference in engagement is staggering.

The commercial opportunity doesn’t stop there. We are slowly starting to see sponsored bonus episodes, where a popular podcast will work alongside a brand for an advertorial episode, much like we’d see in a magazine. The listener’s content isn’t diluted in any way, as long as the conversation is engaging.

Much like influencer led marketing on YouTube and Instagram, it’s very likely that we will see a growth in podcasters. While podcasting isn’t yet as lucrative, things are definitely moving that way.

We’re also seeing a lot of celebrities and influencers turn their hand to podcasting as a new avenue. It’s a way for music artists such as Jessie Ware to keep active during downtime between tours or recording. And it’s not just a fairly pivotal career branch for the likes of Joe Rogan; it’s also becoming his empire. The Joe Rogan Experience is reportedly making tens of thousands in ad revenue each episode, minus sponsorship deals.

Much like the saturated Wild West of online influencers, a lot of people have a podcast, and only the best rise above and reach these levels of success currently. As podcast advertising becomes as commonplace as web banners, we will see a lot more people turn to careers in podcasting. As a result, it will be a stronger avenue for everyone, creating more exposure.

So should you take advantage?

If your brand currently uses influencer marketing on social media and has something interesting to talk about, it’s very likely a podcast would be a good content channel for you.

To stand out above the crowd, here are some final points to consider:

1. Work on your editorial tone
Do your brand’s services translate into great human-interest stories or inspirational advice? Creating a podcast celebrating this will ultimately strengthen your brand. Rather than being one big advert for your product, the podcast’s human element will add integrity – more effectively than ‘faceless’ traditional advertising.

2. Be innovative
Podcasting is not expensive in comparison to video marketing. It is also a long-form medium, which allows space for imaginative ideas. Always wanted to release an edgy viral video, but worried it might be a total waste of money? Podcasting is a way to try something different with a much lower risk.

3. Create authority and trust in your brand
Traditional advertising will always have its place, but sometimes it can seem disconnected and ‘faceless’ for the consumer. Give your brand personality; make it have a voice. Industries such as finance and other services are sold on expertise; use your podcast to prove that you’re more than just a catchy marketing campaign.

4. Use the power of influencers
When Joe Media launched its first podcast, Unfiltered, it teamed with host James O’Brien. Since the first episode in October 2017, it has had more than three million downloads. As great as all the guests have been, would the podcast be half as successful if it wasn’t for the star power of its host?

Think your brand has the potential to make a great podcast? The River Group has 25 years of editorial and multi-channel marketing expertise, and podcasting isn’t an exception for us. Take a listen to the Healthy For Men Podumentary as an example of how we’re making great content and also innovating for our clients.